Twosday is for Threes

We are excited to announce Twosday, we mean Tuesday (September 21), Bistro on Bridge will be hosting a Tap Takeover with Threes Brewing Company & a handful of their highly rated beers. That’s right! The brewery will be representing their beers with us! They’re trecking from their Bridge to ours in Phoenixville!

For those who might not know the brewery, but soon will, Threes Brewing is a Brooklyn-based brewery known for crafting approachable beers that balance simplicity and complexity, with a focus on lagers, hop-forward American ales and mixed culture beers.

Save the date, be here by 4PM & bring your palatte for some great tasting beers! 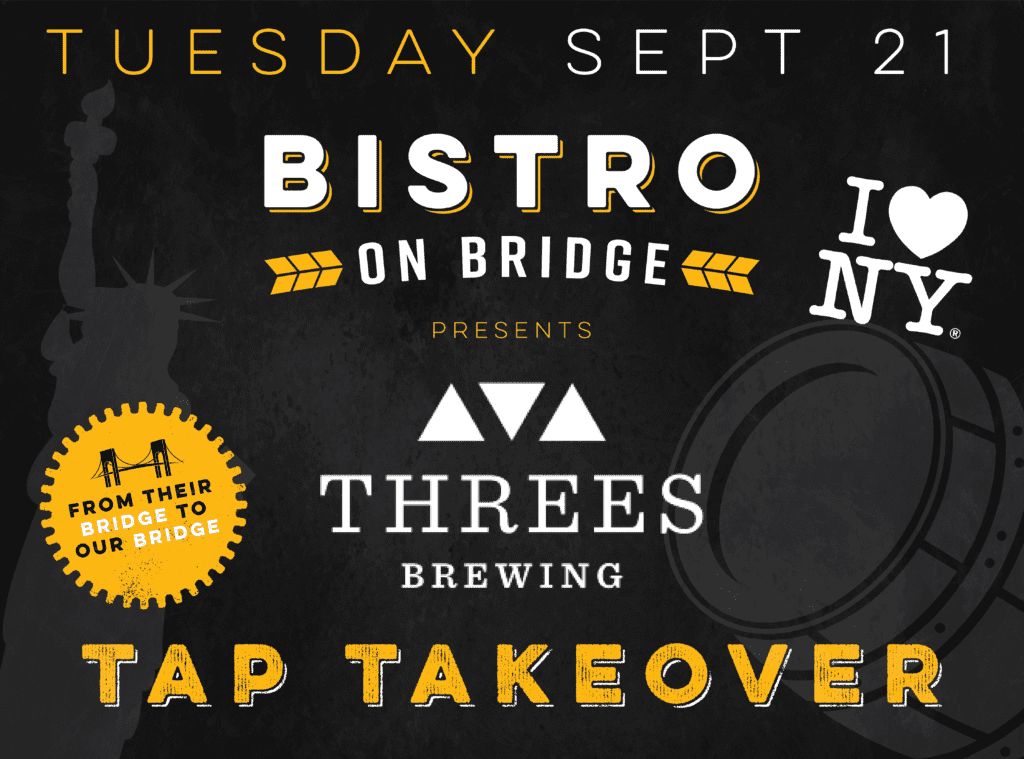