Last Summer, we added a roster of beers known as “The Prospects” to our line up of draft beers”. Those new to Bistro on Bridge may be asking, “What are Prospects?!” Well, like it says throughout the site…”The Prospects are beers we blend in house,  using varying ingredients to achieve certain flavors in the beer.”

This was an experimental process for us, and one that took a lot of trial and error. But once we got the hang of it, and boy, did that require A LOT of taste testing, we started LITERALLY pumping out some tasty beers!

The Prospect series usually includes two “infused” based styles: a Gose and Stout. What we blend with those variations always changes, but from time to time, we may switch up the base with a Berliner Weisse or the Stout may be a high ABV Imperial. The only constant is, they’re pretty flippin’ delcious and you gotta bring them home with you. Hence why we had Crowlers specifically designed for these bad boys.

Please, we encourage you. Give them a shot. Ask your server for a sample. Give us feedback on Untappd. And check back on our website for updates, as we will be loading new ones on tap each week.

Also good news, they’re only $5 during our Happy Hour! 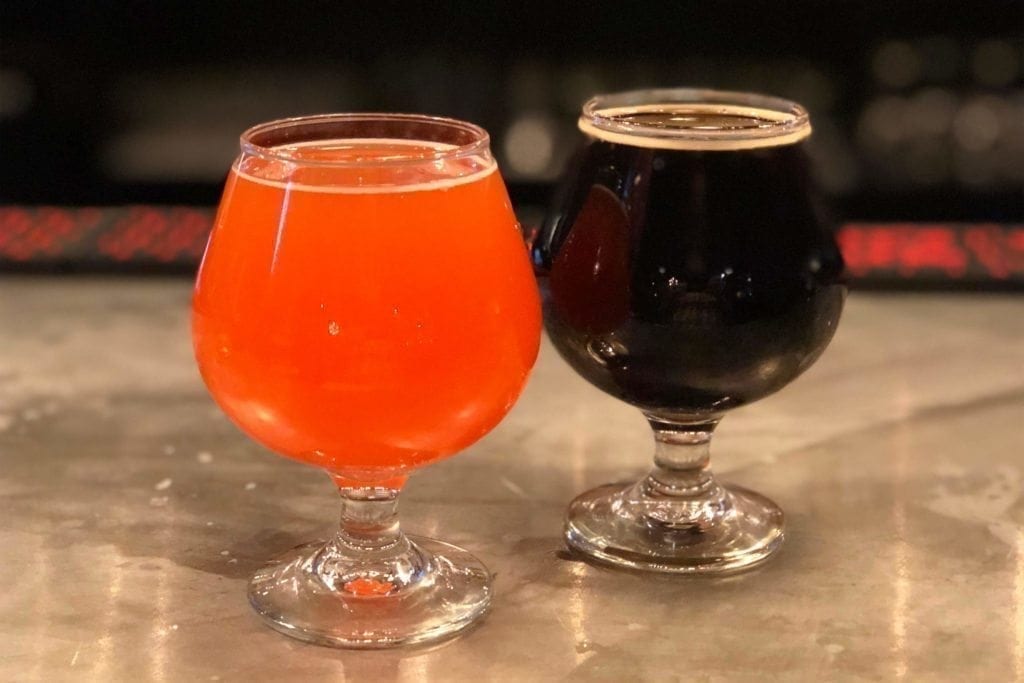